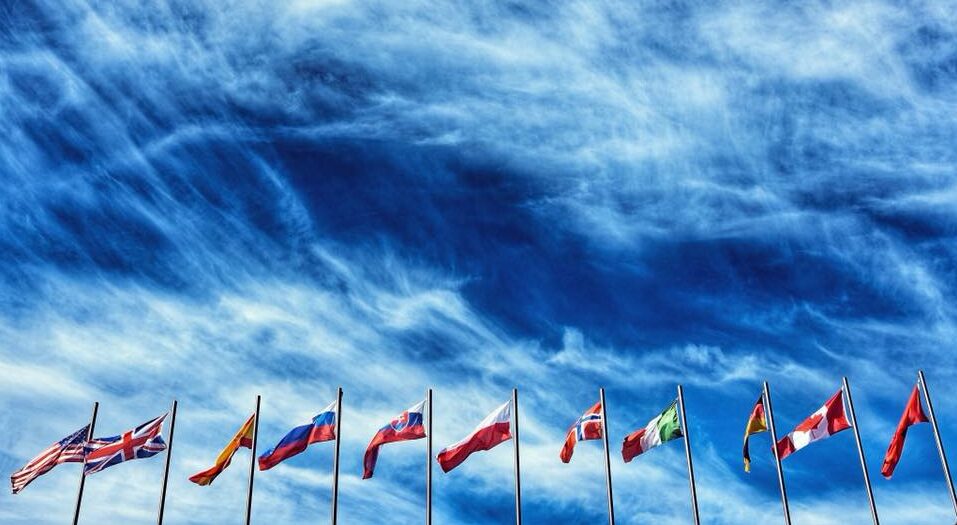 Putin’s aggression should be a wakeup call for Europe to shoulder their own defense burden. US policy should encourage it.

At NATO’s Madrid summit, President Biden announced new US deployments to Europe as part of NATO’s effort to deter Russia following Putin’s war of aggression against Ukraine. A larger American presence in Europe might make for good NATO PR but carrying even more of our wealthy allies’ defense burden is strategic malpractice.

Biden’s new deployments aren’t even his first this year. In February, the administration sent 20,000 additional troops to Europe, raising American forces in the region to over 100,000. New deployments include a forward headquarters for the US Army’s 5th Corps in Poland, America’s first ever permanent deployment in Eastern Europe. The United States will also increase its rotational deployments to NATO’s eastern flank in Romania and the Baltic states. Further west, America will deploy two new F-35 squadrons to the UK, two additional destroyers to Spain, and air defense forces to Germany and Italy.

Lost amid the summit’s triumphal displays of transatlantic solidarity were any serious questions about why allies need additional US forces to protect them when they collectively boast almost twelve times Russia’s GDP, outspend Moscow two-to-five-fold on defense, and have twice Russia’s active-duty. Putin’s missteps in his brutal war in Ukraine only underscore this—if Russia can’t take Kharkiv, let alone Kyiv, Warsaw and Berlin are not next.

The US’ heavy military presence in Europe gives our wealthy allies little incentive to improve their military capabilities and plenty to keep free riding off US security. NATO figures project that in 2022 only seven of the alliance’s twenty-eight European members will meet their agreed-upon targets of spending two percent of their GDP on defense. And while it’s encouraging that Germany pledged 100 billion euros in new military spending this year, the gesture merely gets Berlin back to the bare minimum to have a capable force. The Bundeswehr’s abysmal readiness for years on end has been a slow-burning national scandal that the German’s are only now addressing. More European countries would take important steps like Germany’s for their militaries if US policy did not undermine the political will to do so.

It’s hard to blame European leaders for taking advantage of American presidents’ willingness to underwrite their security. Russia’s invasion should be both a wakeup call for Europe to rearm and a reminder for Washington that it’s no longer 1949. Despite Russia’s aggression, our European allies enjoy their most favorable balance of power against Moscow since the collapse of the USSR. Russia’s poor performance in Ukraine and Europe’s advantages make it the perfect opportunity for the US to begin an orderly drawdown of its European forces.

Doubling down on US deployments in Europe sends the opposite message, encouraging NATO Europe’s military weakness and diverting limited American resources from bigger priorities. At a time when the United States faces record debt and out-of-control inflation, sending more troops to Europe trades in a “foreign policy for the middle class” for more US taxpayer subsidies of European welfare states. As the Asia-Pacific becomes more important for US interests as Europe becomes less, every formation America deploys through NATO is one unavailable to deter China in the Pacific.

Europe and America are both better off when each focus on their respective principal security challenges: the Europeans on Russia and the United States on China. Token European naval patrols in the Pacific don’t meaningfully alter the regional balance of power but materially reduce NATO’s local capability against Russia. At the same time, more American troops in Europe kicks the US “pivot to Asia” further down the road from actually materializing.

The United States can better advance its interests while benefitting its allies by supporting European strategic autonomy. America should abandon its past opposition to European efforts to create parallel security institutions alongside NATO through the EU.

EU structures, such as the European Defence Agency and its Common Security and Defence Policy can be complimentary to NATO while offering Europe the ability to act collectively on regional security issues when vital American interests aren’t involved or when the United States is unable to assist.

The US can also encourage further cooperation among regional European alliances, such as the Nordic Defence Cooperation organization in Scandinavia or the Visegrad Group in Eastern and Central Europe, which maintains an EU-commanded battlegroup.

Within NATO, the United States can support greater European leadership by gradually reducing its role in the alliance to logistical support, providing technical assistance to European members seeking to upgrade their own capabilities, and finally nominating NATO’s first European Supreme Allied Commander.

Russia’s weakness and Europe’s relative strength offer both the US and our transatlantic allies the chance to become more sustainably secure. Doing so requires a clear strategic vision from American leadership—burden-shifting over burden-sharing. Gradually drawing down US deployments from Europe can ensure an orderly transition for our allies as they develop their capabilities. Delaying the US withdrawal from Europe until America is forced to by a crisis only sets up Europe and the United States for defeat.

Take a look back at the history of NATO and the future of the alliance.

New poll: Americans want to stay out of Ukraine and the Middle East