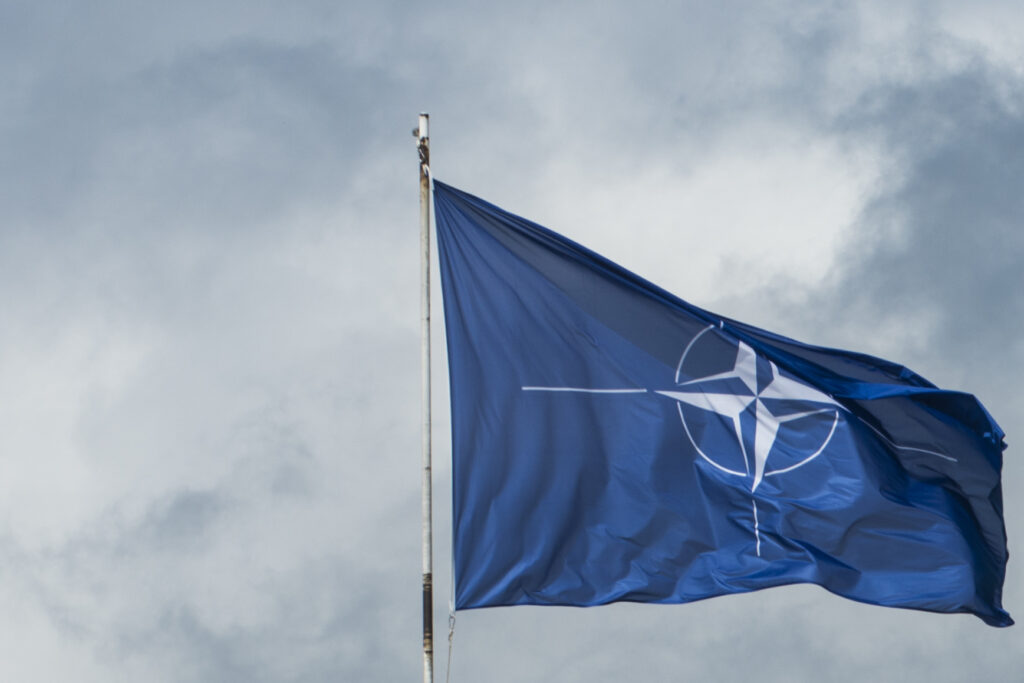 Russia’s immoral invasion of Ukraine has sparked international debate and questions about the role of NATO and whether it should be expanded. This month, NATO’s Madrid summit is expected to be an important reimagining of the Alliance’s mission. As the summit nears, examining NATO’s formation and history can help us think more clearly about what its modern role should be.

NATO, also known as the North Atlantic Treaty Organization, is a collective security pact that was formed in 1949. NATO’s founding members were the United States, Canada, and 10 democratic states of Western Europe. The alliance’s first secretary general, Baron Hastings Ismay, described its purpose bluntly: “to keep the Soviet Union out, the Americans in, and the Germans down.”

But why was this NATO’s goal? How does NATO see its goals now? And how have Europe’s circumstances changed since NATO’s founding?

Take a look back at the history of the alliance.

As the Cold War started in the second half of the 1940s, the nations of Europe were exhausted from six long years of World War II’s destruction. The Soviet Union had also suffered enormously in the conflict, but compared to its neighbors, the Red Army had never been more powerful by its end. The Soviets had triumphantly captured Berlin by May 1945 and occupied Eastern and Central Europe.

By the late 1940s, it became clear that the USSR under Joseph Stalin was willing to aggressively expand its power where opportunities presented themselves. In territories the USSR occupied after World War II, the Soviets used a variety of coercive means to install pro-Moscow, communist governments, building out a pro-Soviet sphere of influence that put this portion of the continent, which came to be known as the Eastern Bloc, firmly under its sway.

In Germany, where the Soviet Union and the Western Allies (the U.S., Britain, and France) controlled different occupation zones, disputes lingered over Germany’s future governance, with rival governments set up in the East and West. Berlin was a particularly thorny issue.

The city was split between Allied and Soviet occupation but surrounded by Soviet-controlled East Germany. Stalin felt the existence of free, non-communist West Berlin directly undermined the fledgling East German government and decided to test Western resolve in 1948 by blockading land routes to the city.

Ultimately, the United States kept West Berlin from starving by delivering supplies in what became known as the Berlin Airlift. Nevertheless, the crisis brought continental Europe to the brink of war and showed that the Soviets were willing to dramatically confront the West.

This combination of Soviet strength and Western European weakness moved President Harry Truman’s administration to shore up post-war European democracies. Preventing Western Europe from falling under Soviet sway was a prudent strategy for the U.S. during the Cold War—had the USSR controlled all of Europe’s resources, it would have posed a considerable threat to the United States.

A Western military alliance capable of counterbalancing the Red Army’s threat supported the United States’ emerging strategy of containing the Soviet Union to its current spheres of influence and waiting for the internal contradictions of the Communist system to lead to its downfall. A U.S.-led defensive alliance oriented against the USSR also helped ease fears smaller European states fears of a re-armed and resurgent West Germany threatening their independence in the future.

Formalizing this strategy, NATO was officially created through the Washington Treaty in 1949. The Treaty’s core component is its Article V, which states that an attack on any member of the alliance is treated as an attack on all.

NATO’s value during the Cold War

From its birth in 1949 to the fall of the Berlin Wall in 1989, NATO deterrence helped contribute to maintaining European peace during the Cold War. By standardizing equipment and conducting joint exercises, NATO members were in a better position to pool their resources in the event of war with the USSR and its answer to NATO, the Warsaw Pact.

Most importantly, America’s nuclear umbrella was clearly understood to protect NATO territory, counterbalancing the Soviet bloc’s conventional superiority at the time and dramatically raising the stakes of any direct NATO-Soviet hostilities.

But even with well-established deconfliction measures like direct hotlines between Washington and Moscow, NATO and the USSR still had close calls. For example, NATO’s Able Archer exercise in 1983, which simulated a nuclear attack on the USSR, convinced some Soviet intelligence officials that it was cover for a real attack, prompting internal Soviet debate over whether it was necessary to launch a pre-emptive nuclear strike in response. Fortunately, cooler heads prevailed.

NATO since the Cold War

On balance, NATO served its Cold War purpose well: it was key in peacefully deterring further Soviet expansion in Europe after the late ‘40s. But after the Berlin Wall fell in 1989, and the Soviet Union collapsed shortly thereafter in 1991, the alliance was increasingly an organization in search of a mission. As the principal threat NATO was centered on deterring rapidly diminished, the alliance rebranded throughout the 1990s and early 2000s.

NATO was now marketed less as a defensive alliance against Russia and more as a club for likeminded democracies. In this new conception, NATO’s role was to establish, enforce, and gradually expand a European “zone of peace” eastward to enable the spread of liberal democracy and market economies.

The alliance’s operations in Bosnia and Kosovo throughout the 1990s reflected this shift. Though the break-up of Yugoslavia posed no military threat to the alliance’s members, NATO’s role was seen as part of enforcing the newly triumphant “rules-based order” of the post-Cold War era. This led to several NATO naval blockades, no-fly-zones, a bombing campaign in Kosovo, and ultimately peace-keeping forces to monitor treaties such as the Dayton Accords to halt the conflict.

In October 1990, newly reunified Germany joined the alliance. Then-Secretary of State James Baker allegedly verbally promised Soviet President Mikhail Gorbachev that NATO would not expand “one-inch” eastward in exchange for Germany’s reunification and admission. But as NATO members re-imagined the alliance’s role as no longer balancing against Russia, this arrangement was not to last.

In 1999, former Warsaw Pact members Hungary, Poland, and the Czech Republic joined NATO. In 2004, the alliance accepted its largest tranche of new members with the admission of Bulgaria, Romania, Slovakia, Slovenia, and the Baltic States, expanding NATO territory to the border of Russia and into former Soviet states for the first time. A further four Southern European admissions between 2009 and 2020 brought the alliance’s membership up to 30.

Throughout each phase of expansion Russia vocally protested, but for the most part was too weak to do anything more than publicly criticize NATO enlargement.

While it was undoubtedly in the interests of smaller, weaker states like Lithuania, Latvia, and Estonia, which border Russia, to join NATO, the alliance’s eastward expansion helped sour U.S.-Russian relations at a time when there was still potential for a more constructive post-Cold War relationship. Many defense analysts also argue that eastward NATO expansion, particularly in the Baltics, left the alliance overextended and responsible for difficult-to-defend territory, making its deterrence against Russia less credible.

NATO-Russia tensions deteriorated even further after the alliance’s Bucharest Declaration of 2008, which stated that Georgia and Ukraine, both bordering Russia, would ultimately become members. Russia’s war with Georgia later that same year confirmed warnings from U.S. intelligence officials that Russia might react strongly based on its fears of encirclement by an alliance that it still felt was oriented against it, particularly when it came to countries such as Ukraine for which Russia feels deep historical and cultural ties.

Part of Russia’s rationale for its unjust annexation of Crimea and support for Eastern Ukrainian separatists in 2014 was that the new government brought into power after Kyiv protests toppled a Moscow-oriented one. Russia feared the new government would seek both economic and military alignment with the West through European Union and NATO membership. Ukraine’s internal challenges and long border with Russia and Belarus made it a poor candidate for NATO membership. Nevertheless, Western insistence that the door to new NATO members remained open fed Russian paranoia, regardless of merit, that its neighbor may become a client of the West and a future base for NATO forces against Russia.

In 2022, Russia clearly bears responsibility for choosing to launch a preemptive war of aggression against Ukraine at least partially based on the possibility that it may join NATO in the future. But Russia’s culpability in Ukraine doesn’t erase NATO expansion’s own role in cultivating Moscow’s mistrust of Western intentions. The West’s failure to declare that Ukraine would not become a member of NATO, something that would have simply confirmed an open secret without reducing NATO’s military capability, limited space to prevent the bloody onslaught that has gripped Ukraine since late February.

Obviously NATO’s purpose and goals have changed dramatically since its founding. Although the USSR no longer exists, Russia dominated the Soviet Union. Its interests are much the same as the USSR’s were, and NATO-Russia tensions have evolved rather than dissipated. Russia’s actions over the past several months have brought about a new era of confrontation with the West. But NATO’s moves to include former Eastern Bloc countries aren’t without blame either.

With NATO considering its future role, how can the alliance orient itself to de-escalate tensions while remaining a credible deterrent force? Read more in The future of the NATO alliance and U.S. involvement in Europe.

NATO was formed with one main goal – stop the emerging Soviet threat of expansion into Western Europe. Seventy years…