3 myths about the VA MISSION Act 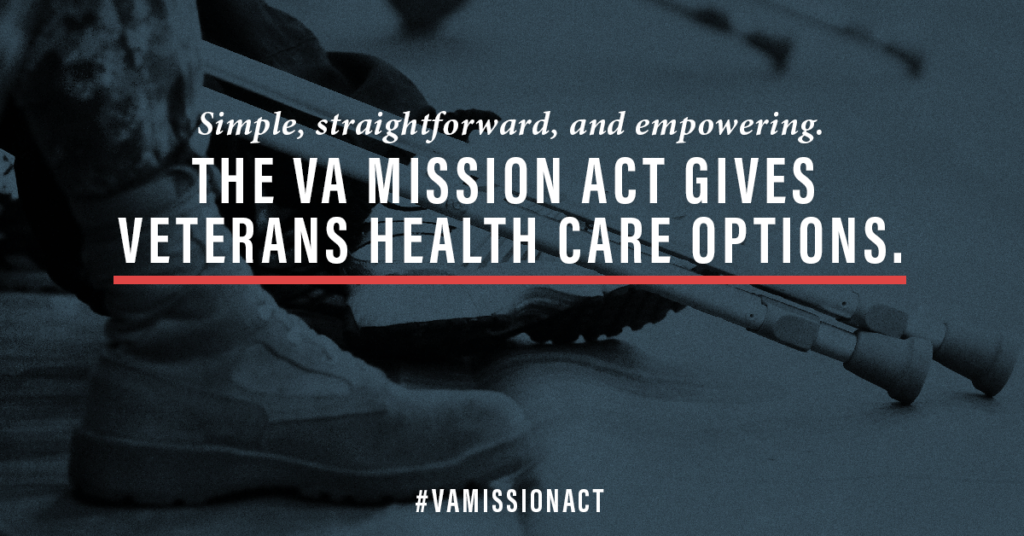 3 myths about the VA MISSION Act

There’s a lot of untrue and inaccurate information out there about the VA MISSION Act. Opponents of more choice for veterans continue spouting the same old scare tactics, saying more access to community care will privatize the Department of Veterans Affairs and put needed programs at risk.

So let’s set the record straight.

Here are three myths you may have heard about the VA MISSION Act and the truth behind those myths.

Myth 1: The VA MISSION Act will privatize the VA.

The VA MISSION Act does NOT privatize the VA’s health care system.

In reality, the VA MISSION Act will allow the VA to integrate and supplement care with non-VA providers where it makes sense.

Much of what the VA MISSION Act does is consolidate and streamline community health care programs that already exist, while giving more veterans greater choice over where they can get the health care they need. The VA will continue to be an option for veterans around the country.

Myth 2: The VA MISSION Act is the product of right-leaning groups and lawmakers who only want to reduce the size and scope of the VA.

When the VA MISSION Act was signed into law in June 2018, it was endorsed by 38 diverse veterans organizations. The MISSION Act also enjoyed bipartisan support, passing the House 347-70 and passing the Senate 92-5.

Additionally, the goal is not to reduce the size and scope of the VA. Rather, the goal is to change the focus of the VA to the veterans it serves, not itself. With the VA MISSION Act, the VA is turning its focus more to making sure veterans get the care they need—when and where they need it—and not solidifying dependency on the VA as the sole provider of veterans’ health care.

Myth 3: The VA’s proposed access standards for the new community care program are too broad and will hurt the existing VA system.

For those of you who are or were in the military, the proposed access standards are similar to those under TRICARE. TRICARE is very successful at delivering health care to the military, utilizing both government-run and private sector components without sacrificing quality or access. Care from the VA is an important part of the updated health care system.

The VA MISSION Act was developed to put veterans first and improve their access to health care, while enabling the VA to provide the best care possible and focus on its core competencies and mission.

These aren’t the only myths floating around about the VA MISSION Act. Find out all the facts and get all your questions answered about this important legislation!

This week on the Hill: Budgeting in full force and a guest from NATO

It’s budgeting season in the Capitol, so that’s where much of lawmakers’ attention will be. Many committees will spend the…