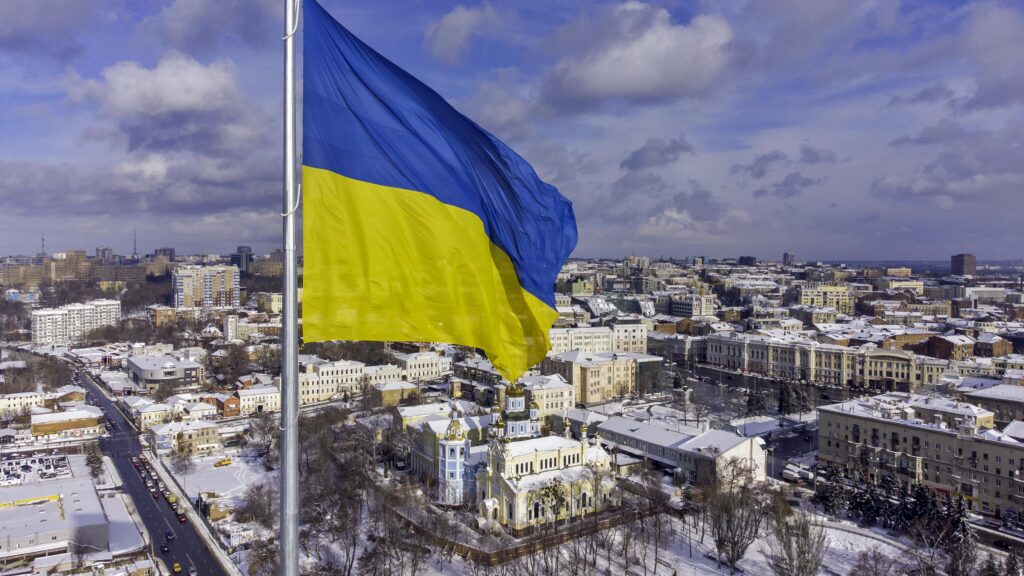 The world has watched stunned over the past several weeks as Russian forces have launched a war of aggression against Ukraine.

The devastation and growing crisis have caused many Americans to question what could have been done differently and what should be done going forward. These are complicated questions to wrestle with that require a realistic approach to foreign policy.

We asked CVA Senior Policy Analyst Tyler Koteskey to answer some of the most pressing questions about Russia’s war on Ukraine and the U.S. response.

Q: How did we get to the point of Russia invading Ukraine? Could war have been prevented? Could the US have done anything?

A: Vladimir Putin bears the responsibility for instigating the Ukraine crisis and escalating it to an immoral war of aggression. This war was not inevitable, and Putin’s choice to launch it should be condemned.

As we oppose Russia’s actions, it’s also worth reflecting on how past U.S. policies may have inadvertently increased the likelihood of this tragic outcome and left Ukrainian and American interests worse off.

Q: What policies in particular?

It was also not helpful to lead Ukraine to think NATO would defend it militarily. Instead, that position disincentivized Ukraine from firmer commitment to diplomatic solutions to separatist disputes by encouraging it to take a harder line with Russia. Ukraine would likely have been better served by more aggressively pursuing diplomatic solutions like the Minsk II agreement and proposing strategic neutrality long-term.  Moving forward, it’s important not to repeat these same mistakes. The U.S. should support a diplomatic resolution to the conflict in order to give Ukraine the best chance to preserve its independence and sovereignty while limiting the risks of further escalation.

Q: President Zelenskyy has made requests of the Western world, including to Congress last week, for additional assistance. How is the U.S. responding, and are we responding the right way?

A: It’s understandable for someone in Zelenskyy’s position to ask for everything possible from potential supporters to fight off an invasion. But it’s important to remember that the U.S. and European allies have already supported Ukraine with billions in security assistance, weapons, and ammunition.

These actions already carry a risk of further escalation with Russia that would be even higher if the U.S. offered assistance in the way of sending planes or establishing a no-fly zone over Ukraine.

Q: What would be the risks of sending planes to Ukraine or establishing a no-fly zone?

A: A no-fly zone would require NATO planes to shoot down Russian aircraft and to destroy Russian air defenses in Russian territory which would inevitably lead to a wider NATO war with Russia. A NATO-Russia war could very easily result in a nuclear exchange and should be our greatest priority to avoid.

Further, sending MiG-29’s to Ukraine or imposing a no-fly zone, as some have called for, does not address the core military needs of Ukraine or prevent the main sources of civilian casualties. These proposals would encourage Russia to adopt more brutal tactics in the war and make human suffering on a wider scale much more likely.

The main American interest in the Ukraine crisis is to prevent the war from escalating to include other European countries and dragging NATO and Russia into direct conflict. U.S. policy needs to reflect this.

Q: So what can the United States and European allies do to help?

A: The U.S. and the West should vigorously support diplomatic efforts to end the conflict.

Russia’s greater military resources make a satisfying battlefield victory for Ukraine nearly impossible. The good news is that Ukraine’s fierce resistance so far has foiled Russia’s plans for a quick victory and will very likely force them to abandon their goal of Ukrainian regime change.

The West can support Ukraine at the negotiating table by making it clear to Russia that it’s willing to lift sanctions in exchange for agreeing to and carrying out a peace deal Ukraine can accept. This is the best route the U.S. and Europe have for limiting the unnecessary suffering of the Ukrainian people and preventing further escalation.

Read more of Tyler Koteskey’s analysis of the war in Ukraine and what the U.S. response should be.

By Juliana Heerschap, CVA policy director Concerned Veterans for America recently released our 2022 policy agenda. In it, we outlined…