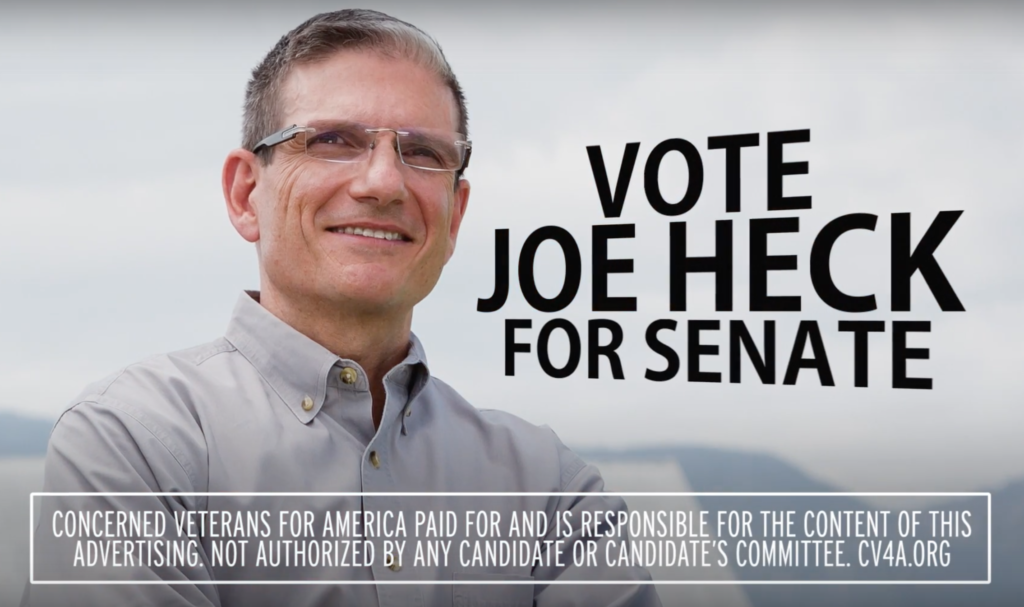 The ad features Ken G., a veteran who served in the U.S. Air Force and Nevada National Guard for 26 years. “There is a lack of being held accountable and also holding people accountable [at the VA],” says Ken. “Joe Heck is a strong leader who is dedicated to our veterans and our state.” “Many politicians say they want to fix the VA, but few actually advocate for real solutions that would make it happen. Rep. Joe Heck has consistently fought to hold the VA accountable for its poor performance, and we are confident he will fight even harder from the Senate. Our volunteer army of veterans and military family members have made it a top priority to ensure strong advocates for VA reform like Heck cross the finish line on November 8.“

Earlier this month, CVA made the historic decision to expressly advocate on behalf of three candidates – Sen. Marco Rubio (R-FL), Sen. Pat Toomey (R-PA), and Rep. Joe Heck (R-NV) – due to their dedication to reforming the failing VA. This is the first time the organization has asked veterans, military families, and patriotic citizens to vote for a specific candidate in any state.

Dayton, OH – The Dayton VA Medical Center director is returning to his post after temporarily taking over at both…