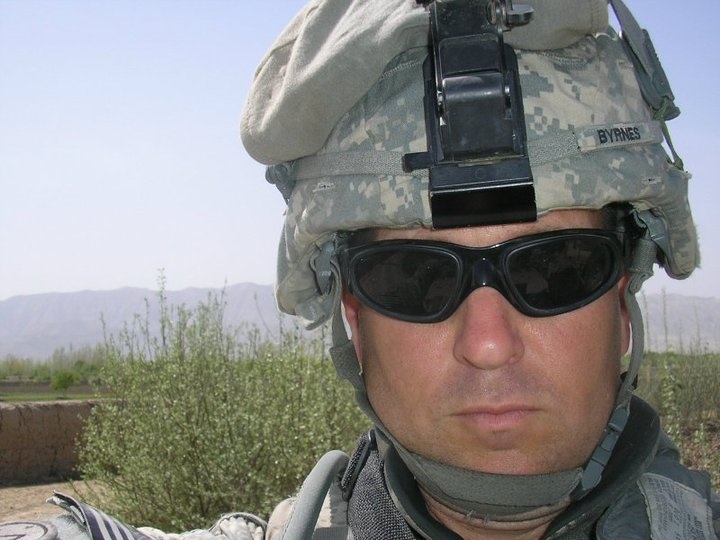 Concerned Veterans for America has a grassroots army advocating the freedom and prosperity America’s veterans fought for. Those veterans and military families have joined us over the years to partner on the issues that matter most to them, and many have been in our ranks for years. But John Byrnes has been with CVA longer than most.

John joined CVA in the earliest days, coming on in North Carolina in 2012. John has been instrumental in CVA’s efforts to reform the Department of Veterans Affairs and rethinking our country’s foreign policy. John now serves as CVA’s education director, where he creates CVA educational material and programs.

Here are five things to know about John Byrnes.

1. He served in two branches

John joined the Marine Corps in 1991, after high school. He served for four years, including a deployment to Somalia in 1993. A few years after leaving the Marines, John joined the New York National Guard. He retired in 2018, after two decades of service that included two additional deployments to Iraq and Afghanistan.

John was sitting in a classroom in Upper Manhattan when the North Tower of the World Trade Center was hit on September 11, 2001. While civilians were watching news coverage and fleeing the area, John ran to the local armory. He would end up spending two weeks at ground zero, securing the perimeter and providing support for rescue and clean-up efforts.

September 11 and the Global War on Terror changed the trajectory of John’s military career, as it did for thousands of others. He deployed with the National Guard to Iraq in 2004 and Afghanistan in 2008.

When the war in Afghanistan started, John felt the war was justified, as most Americans did. In the first years of the wars in Afghanistan and Iraq, John was optimistic about U.S. involvement in the Middle East and supported nation-building efforts. But as the years dragged on, John saw the well-intentioned efforts fail to take root, and American lives lost for causes that were not making the U.S. safer. Those experiences reshaped John’s opinions on foreign policy. He recently wrote in the New York Post “The war against al Qaeda and the Taliban was a necessary and justified response to the 9/11 attacks. What followed wasn’t. I’m wise enough to say that now.”

5. He has spent years working with and for veterans

Though John’s last semester of college was disrupted by his deployment to Iraq, he returned to school with a new appreciation for education after active-duty service. John co-founded CUNY Vets, a program that assists veterans seeking education and employment after their service.

This work sparked a fire for working with veterans full time. John was one of the very first members of CVA, helping our North Carolina chapter grow and thrive. He now serves as CVA’s education director. “America’s servicemembers and veterans represent the best America has to offer,” John says of his work with the veteran community. “When we invest in veterans, our nation and our communities reap the benefits.”

Get to know more of our CVA staff! Read about our grassroots liaison Josh Stanwitz.

For many Americans, September 11, 2001, is a clear memory. We remember exactly where we were and what we were…