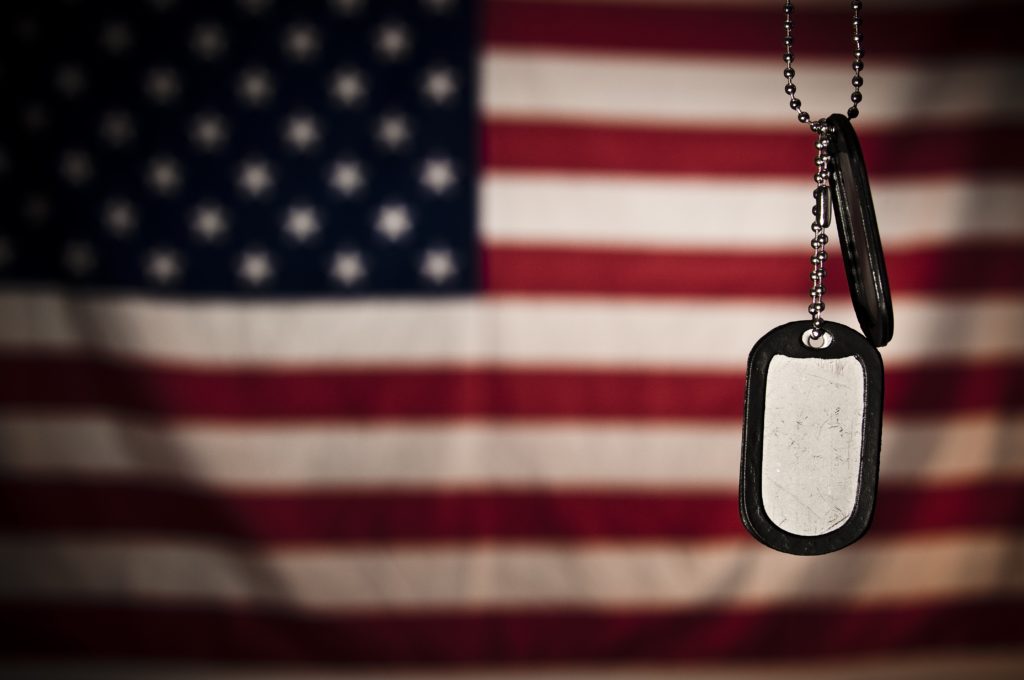 Josh Stanwitz has worked for Concerned Veterans for America for years, first as a volunteer and then as field director and coalitions director in Arizona.

But he recently became our national grassroots liaison, a position vital to ensuring we, and our grassroots army around the country, are able to continue our mission: defending the freedoms we and our families sacrificed for in uniform.

1. Serving was all he ever wanted to do

Like many who join the military, Josh comes from a long line of service.

His father, grandfathers, uncles, and great-uncles were all military, serving in Korea, Vietnam, and both theaters of World War II, including fighting on D-Day.

Josh likes to joke that he was “conscripted from the womb.”

With that family history, joining the military was a no-brainer. “Honestly, it was the only thing I ever wanted to do,” Josh recalls. “It was just a question of which branch.”

2. He served in two branches with multiple deployments

Josh joined the Marine Corps right after high school in 1998.

“I joined the Marines because I wanted the challenge,” Josh remembers.

As an infantryman, he spent much of his time forward deployed in Southwest Asia, Japan, and the Pacific. “Serving with 1st Fleet Anti-terrorism Company, and especially the leaders in that unit, had a massive impact on me as a young Marine and leader.”

Josh left the Marines after four years, spending a few years in the civilian world, before rejoining the military.

In 2008, Josh enlisted in the Army National Guard, where he would spend eight years and deploy to Iraq. In 2016, he was honorably discharged after sustaining service-connected injuries.

3. Service changed his perspective on life

Serving in the military changes the way service members and veterans see the world. Josh recalls:

My military service made me appreciate everything we have in the United States. Not just the everyday liberties and freedoms we enjoy, but the basic necessities and luxuries we take for granted. Having seen some of the worst oppression and poverty the world has to offer, I came back with an appreciation for everything that I have.

Josh’s service also afforded him lifelong connections with others who served. “The best things that came out of my time in the military were the friendships. Some of those I served with are still my best friends more than 20 years later.”

Military service forges strong friendships, but also can make transitioning out of the armed forces and relating to civilians difficult.

4. He is honest about his transition out of the military

Josh’s transition out of the military wasn’t easy, and he’s open about the difficulties he faced.

“Returning to civilian life was terrible,” Josh recalls. “Like a lot of veterans, not being able to find meaningful work or a way to communicate and translate my skills left me in a bad spot. I was lucky to have Marine friends who gave me a place to stay while I figured out what my next move was going to be.”

Finding ways to use his military training, Josh did civilian work in security and law enforcement. He was able to continue this work while in the National Guard, finding a good rhythm between his life as a veteran and National Guard duties.

5. He found community and purpose working with veterans

Finding a new purpose and a supportive community were key to Josh’s success after service.

Since being honorably discharged from the military, he has dedicated himself to working with and for veterans and their families.

“Working with veterans and CVA is a way for me to stay connected to this amazing community,” Josh says. “Vets have unique voices and experiences that need to be shared. I’m enjoying my part in helping elevate those voices.”

Josh believes veterans should stay involved in their communities after service.

“The country and communities still need those who have served in uniform. Who better to help lead us into the future than veterans who are already proven leaders? Volunteering and using our talents and skills to better the nation we spent our military years serving is extremely rewarding.”

This Memorial Day, may we strive to honor their sacrifice

This weekend, our country pauses to honor those who lost their lives in service to our nation. Their sacrifices have…