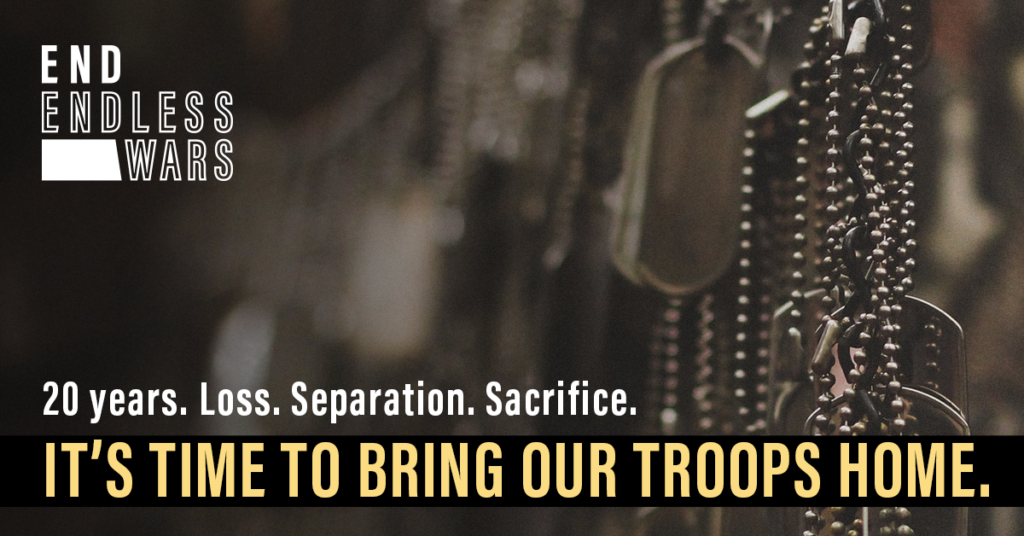 The deadline for withdrawing U.S. troops from Afghanistan is approaching, and we are continuing to support that withdrawal with the latest phase of our  End Endless Wars campaign.

Over the next few months, we will invest in a large digital ad campaign urging President Joe Biden and his administration to fully withdraw all troops by May. The withdrawal date was established in an agreement signed by the United States and the Taliban in Doha, Qatar, last year.

This effort is in line with recent polling results that found majorities of veterans, military families, and the general public support withdrawing U.S. troops from both Afghanistan and Iraq.

CVA Executive Director Nate Anderson, had this to say about the effort:

A full withdrawal of our troops from Afghanistan is not only the best policy, but it’s what the American people want. President Biden promised an end to our forever wars, and with this campaign we are urging him to keep that promise by ending the longest war in American history.

This most recent digital ad campaign is just one way we amplify the voices of those who are ready to withdraw from Afghanistan and change our approach to foreign policy. Our team of staff and grassroots activists around the country will also be connecting with friends and neighbors to build even greater support for ending our nation’s endless wars.

Do you want to join the fight to finally bring our troops home from Afghanistan? Tell Washington!

Concerned Veterans for America has released its 2021 policy agenda , and our grassroots army is hard at work sharing…