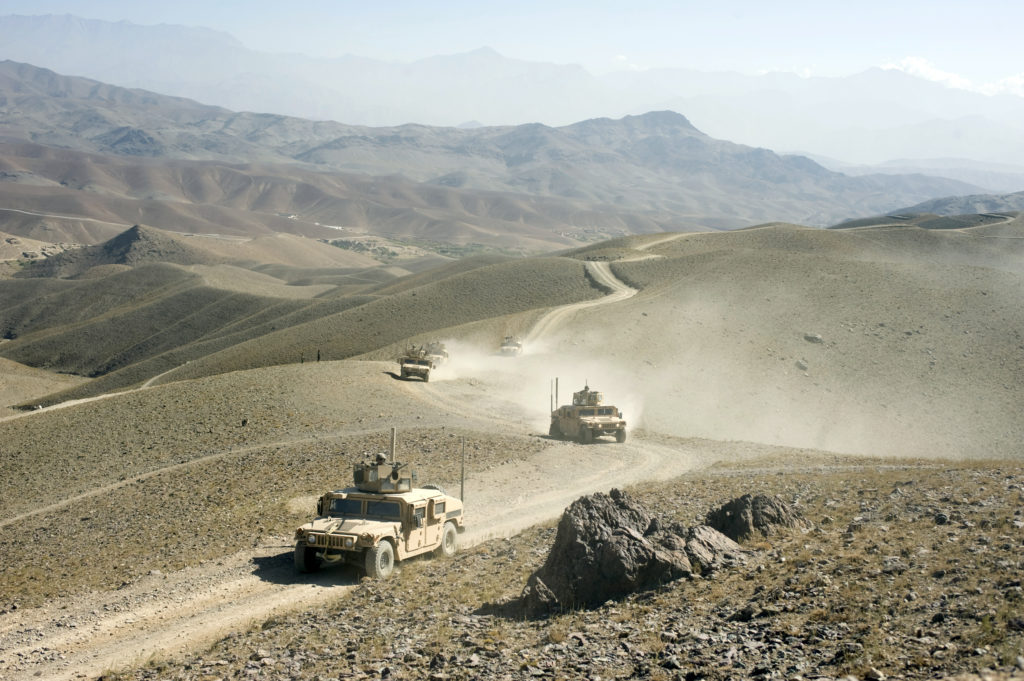 The Taliban’s takeover of Afghanistan has been a difficult reminder of years of missteps and mistakes, reinforced by the tragic death of 13 American service members and 169 Afghan civilians as the withdrawal drew to a close.

As Washington tries to make sense of the botched evacuation, it’s imperative that it sees the war in Afghanistan as a whole, not just through the lens of its terrible ending. Now is not the time for partisan rhetoric, but to pursue accountability for the sake of all those who served.

We asked Concerned Veterans for America Senior Advisor Dan Caldwell to answer some questions on the evacuation, the war, and the future of operations in Afghanistan.

A: It’s important to separate the decision to withdraw from how the final phase of the evacuation was conducted.

The U.S. accomplished what it needed in Afghanistan long ago by killing Osama bin Laden, punishing the Taliban for harboring al-Qaida, and degrading al-Qaida’s central branch. As a result, a military presence in Afghanistan is no longer required for our safety, and the overall decision to withdraw undertaken by Presidents Trump and Biden is still the correct one.

Q: Were there alternatives to removing troops?

A: The alternative to withdrawal was to continue to send our sons and daughters to die in Afghanistan to pursue unattainable nation-building objectives not tied to our security.

If anything, the rapid collapse of the Afghan government in August 2021 demonstrated that staying another year, five years, or even 20 years would not have led to a more stable and liberal Afghan state that could have ultimately defeated the Taliban.

Q: How could the U.S. have done a better job with the evacuation of American citizens and our Afghan allies in the final phase of the military withdrawal?

A: There needs to be a thorough after-action of the evacuation from the Kabul airport by the military and State Department.  Three questions surrounding the withdrawal should be examined in particular:

Each of these are important components of the overall mission to withdraw and evacuate American citizens and Afghan allies. Allowing more time for the Taliban to gain ground in Afghanistan while continuing the bottlenecked visa processing are likely factors in the ultimate rush to escape Kabul amid the city falling under Taliban control.

Q: Without answers to those questions yet, was there a different plan for the evacuation that should have been executed instead?

A: Each alternative proposal had its own risks.

For example, some have said the U.S. should have “taken” Kabul prior to the Taliban entering the city or pushed them out through force to have more time and space to evacuate American citizens and Afghan allies. Considering Kabul is a city of more than 4 million people, this would have required tens of thousands of troops and exposed more of them to attacks from ISIS-K terrorists or other bad actors.

Q: The Taliban’s takeover and ISIS-K bombing at Hamid Karzai International Airport are causing Americans to question whether it’s safe for the U.S. to leave Afghanistan. Are there still legitimate threats in Afghanistan? And if so, how do we combat them?

A: There are likely individuals in Afghanistan who wish to do harm to the U.S, just like there are all over the world. However, the United States doesn’t need — nor can we sustain — a permanent military presence on every piece of ground where there may be a groups who intends to do harm to American citizens.

The U.S. can deal with the threat of terrorists who have both the intent and capability to harm Americans in Afghanistan by using our long-range strike capabilities, tapping into our intelligence and surveillance assets, and working with regional actors who have a shared interest in ensuring Afghanistan does not become a safe haven for transnational terrorist groups.

Q: Obviously, big mistakes have been made in Afghanistan over  20 years of military operations. Who should be held accountable for them?

A: First, anyone who is responsible for legitimate planning or operational failures during the final evacuation needs to resign or be fired.

Chairman of the Joint Chiefs of Staff General Mark Milley’s role in planning the evacuation from Kabul and the larger management of the whole 20-year war warrants close examination and accountability. Over the years, General Milley repeatedly provided overly optimistic reports of Afghan security forces’ capabilities to Congress and worked to stop a full withdrawal under President Trump.

Q: How do we make sure the U.S. never gets entangled in a war like Afghanistan again?

A: Congress needs to play a larger role in shaping American foreign policy and providing oversight of ongoing military operations. Congress alone possesses constitutional authority to declare war and appropriate funding for overseas combat operations. Members need to take that responsibility seriously and reclaim their role in oversight and execution of war.

The U.S. must also recognize our limited ability to shape another nation’s culture and to force our values on people who do not want them. We were justified in invading Afghanistan after 9/11, and a limited set of goals were necessary for our safety. But once the mission in Afghanistan expanded to nation-building, we got sucked into two decades of war that cost us thousands of lives and trillions of dollars.

Updated July 15, 2022. One of the biggest pieces of legislation you might not have heard about is the National…