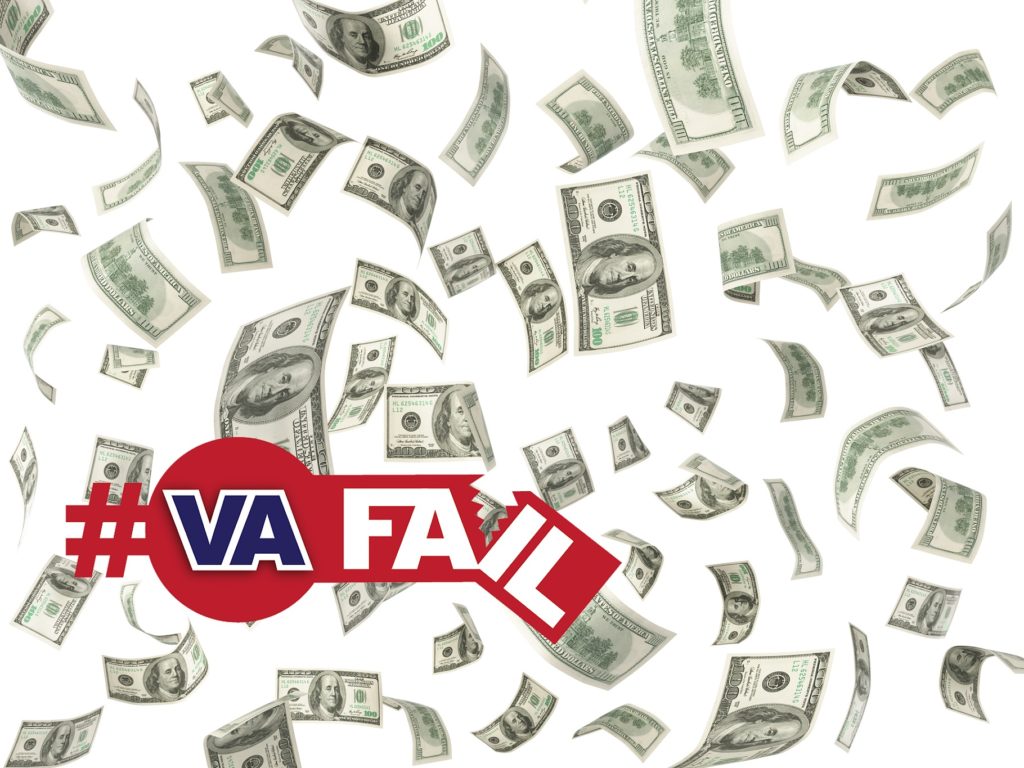 $101 million is lot of money. It’s an especially large amount of money to accidentally spend. But that’s exactly what the Department of Veterans Affairs did according to the Office of Inspector General.

A recently released report found that the VA made excess payments to two contractors, TriWest Healthcare Alliance Corp and Health Net Federal Service of California. At the time, TriWest and Health Net administered the Veterans Choice Program, coordinated care with non-VA providers and processed payments. Because of duplicated bills and other submission errors, the contractors collected $101 million from the VA in 2016-17. Those overpayments are a waste of funds that the VA could be putting to better use caring for veterans and paying their medical bills.

Overpayments and underpayments have been a problem for the VA since the beginning of the Veterans Choice Program in 2014. The VCP, which expires in June 2019 to make way for the Veterans Community Care Program, was necessary to allow veterans to access care outside the VA. The program was hopelessly mismanaged. $101 million in overpayments in just two years is enough evidence of that.

The new Veterans Community Care Program was created by the VA MISSION Act, a law signed just a few months ago to overhaul VA health care and allow veterans more access to medical care outside the VA. On October 4, the VA has to give Congress a progress report on its plans to implement key provisions in the VA MISSION Act, such as eligibility standards for community care. CVA is watching that deadline closely to ensure the VA takes the VA MISSION Act seriously.

The new Veterans Community Care Program will address billing issues like those in today’s #VAFail, but it’s up to the VA to ensure this program and all the provisions in the VA MISSION Act are implemented properly and on schedule.

We’re only 22 days out from the VA’s first progress report, so make sure you’re staying up to date on all VA news on the The Overwatch!

#VAFail – Here's an Update on the Aurora, Colorado VA

The Rocky Mountain Regional Medical Center opened less than two months ago, and it already has issues with medical equipment.…