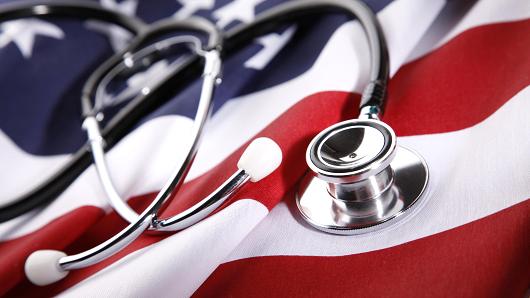 Just a few weeks into his first deployment to Iraq, Ben sustained shrapnel wounds after an IED detonated  a few feet away from him.

Those injuries didn’t slow him down. He served eight years in the Marines and a second tour in Iraq.

But when Ben came home, he had another experience he wouldn’t forget — his first time trying to get medical care from the Department of Veterans Affairs for his war injuries.

My wait time to get an initial primary care appointment with my local VA in the Dallas area was seven weeks. The wait time for a specialty appointment for my shoulder was eight months.

By the time I was finally seen by a specialist, I was told I’d have to have another surgery as my shoulder hadn’t healed correctly the first time. Had I been able to see a doctor when I first needed one, that second surgery probably wouldn’t have been necessary.

The VA MISSION Act was meant to eliminate long wait times such as Ben’s, but the VA has resisted  properly implementing and fulfilling the law.

The VA has been limiting  access to needed care, resulting in worse health for veterans. But Ben is working to ensure other veterans don’t struggle like he did.

What I’m asking for is what I and other veterans were promised – access to care when we need it. That means following and implementing the VA MISSION Act as intended and putting veterans first in their health care.

You can read the rest of Ben Rangel’s story in American Military News.

Ready or not, 2022 is in full swing. We at CVA have plans to make this our most effective year…