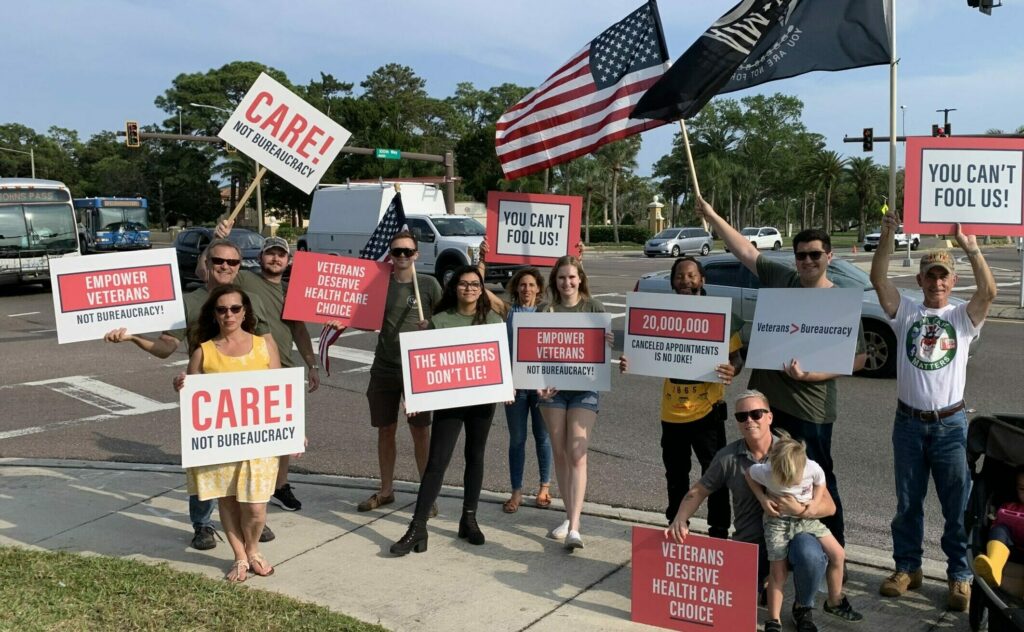 Eight years ago, the Phoenix Veterans Affairs scandal broke, alerting the public to egregious mismanagement of veterans care. A concerted effort at the Phoenix VA to manipulate and cover up appointment wait times kept veterans away from needed medical care.

Inspector General and Government Accountability Office investigators found the manipulation was being practiced all over the country, and vets were struggling as they waited for potentially life-saving care. Eventually, legislation gave more veterans choice over where they seek their health care, whether at a VA facility or a community provider.

There has been incredible progress in the last eight years, including passage of the VA MISSION Act, which opened more access to non-VA care for vets. But there is a long way to go.

Documents recently obtained from Freedom of Information Act requests have revealed that the VA is still skirting the law to keep veterans in the VA system rather than letting them seek care when and where they need it. Wait time manipulation and prioritization of the VA bureaucracy still run rampant.

What was once a scandal is now the status quo at the VA.

There is hope on the horizon, and it’s because of veterans speaking up for their brothers and sisters in uniform.

Since the Phoenix VA scandal broke, veterans have called out waste, fraud, abuse, and mismanagement at the VA.

They’ve told their stories about good and bad experiences with their local facilities.

They’ve signed petitions, canvassed neighborhoods, and visited elected leaders’ offices to get the word out about needed changes to VA care.

Recently, veterans who volunteer with Concerned Veterans for America took  a step further, holding rallies around the country to raise awareness about canceled appointments and manipulated wait times. These “You Can’t Fool Us!” events shed light on the VA’s attempts to keep veterans in the VA system by concealing community care options.

“These events helped shed light on the problems veterans face with VA care.” said Florida Grassroots Engagement Director Brian Fay. “During our rallies, people stopped and rolled down their car windows to speak with us. Most had assumed that veterans were being taken care of and we’re upset to hear otherwise. We were able to bring attention to how the VA breaks the law daily as veterans die waiting for health care.” CVA Deputy Director Russ Duerstine was encouraged by the events and pointed out how important it is for veterans to advocate for each other.

“When veterans make their voices heard, people listen. As the VA continues to ignore the VA MISSION Act and keep veterans away from community care, it’s critical that vets keep speaking up and looking out for their brothers and sisters. We can achieve needed reforms to veterans’ care with strong, consistent efforts that connect Americans to the problems.”

The VA has been playing games with veterans’ care for far too long. If we learn anything from the Phoenix VA scandal and the continued lack of timely, quality care, it should be that veterans and their needs must be the top priority.

Their care — and their lives — depend on it.

How can you help get veterans the care they need? By supporting true choice over medical care. Learn more about the Veterans Health Care Freedom Act that would expand health care options for veterans.

The VA has released recommendations for better health care. Here are four questions we still have.

You might have seen news outlets covering recommendations for streamlining veterans’ care from the Department of Veterans Affairs. Those recommendations…