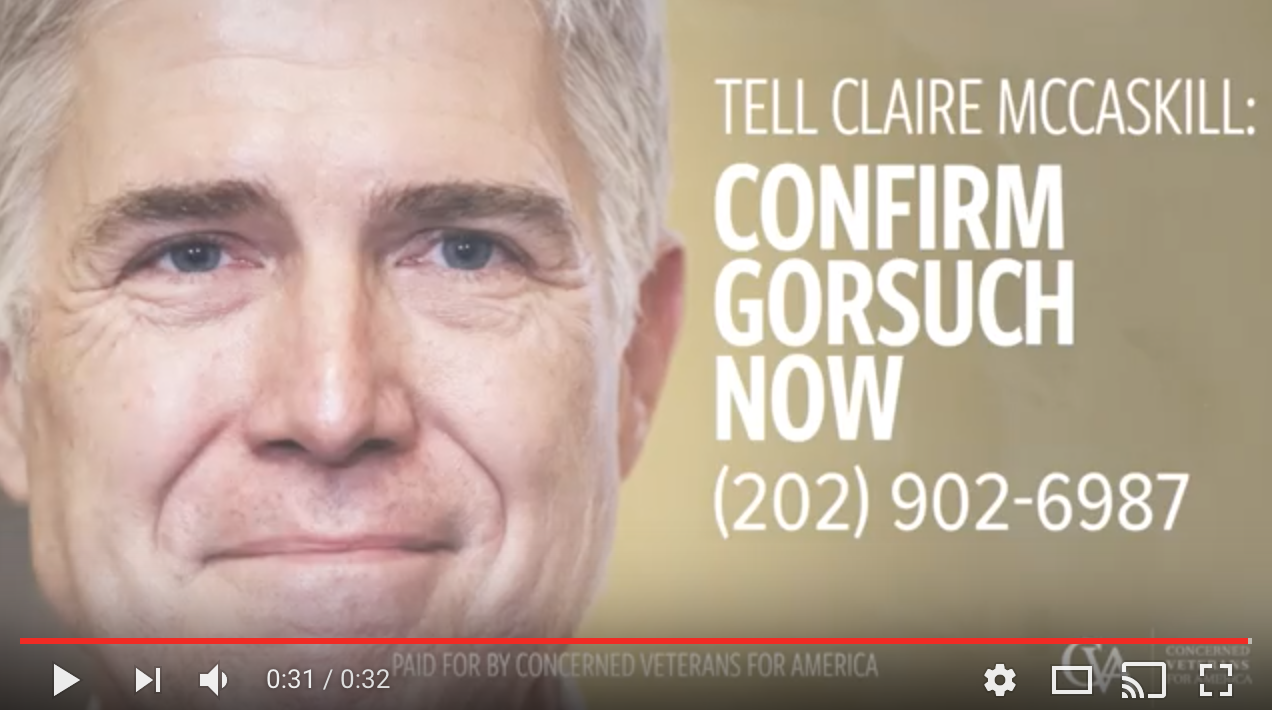 The web ad urges the viewers to contact Sen. McCaskill using a CVA switchboard and ask her to support Judge Neil Gorsuch.

“American veterans dedicated our lives to defending the Constitution, and we’re confident that Judge Neil Gorsuch will do the same from the Supreme Court bench. Gorsuch’s opinions are drawn from the text of the law, not a political agenda, which is why we can trust that he will secure the freedoms we fought to protect. Throughout this nomination process, Americans from both sides of the aisle and all walks of life have stepped forward in support of Gorsuch – now it’s time for Senator McCaskill to do the same. CVA activists are committed to letting the Senator know that confirming Gorsuch is the responsible thing to do, and that she will have her constituents to answer to if she fails to adhere to the will of the people of Missouri.”

McCaskill has acknowledged the need for an up-or-down vote in the past, but has been mum on support for Gorsuch. She recently said, “I’m not talking about the Supreme Court nominee at all, in any way. I just don’t think it’s a good idea.” McCaskill is up for re-election in 2018.