Arlington, VA – Today, Concerned Veterans for America (CVA) is launching a targeted campaign urging members of the House of Representatives to support the newly-introduced VA Accountability First Act of 2017.

The group is releasing a national web ad as well as targeted web ads directed at the constituents of thirty House members nationwide. All of the ads ask citizens to call their representatives and ask them to support the bill. 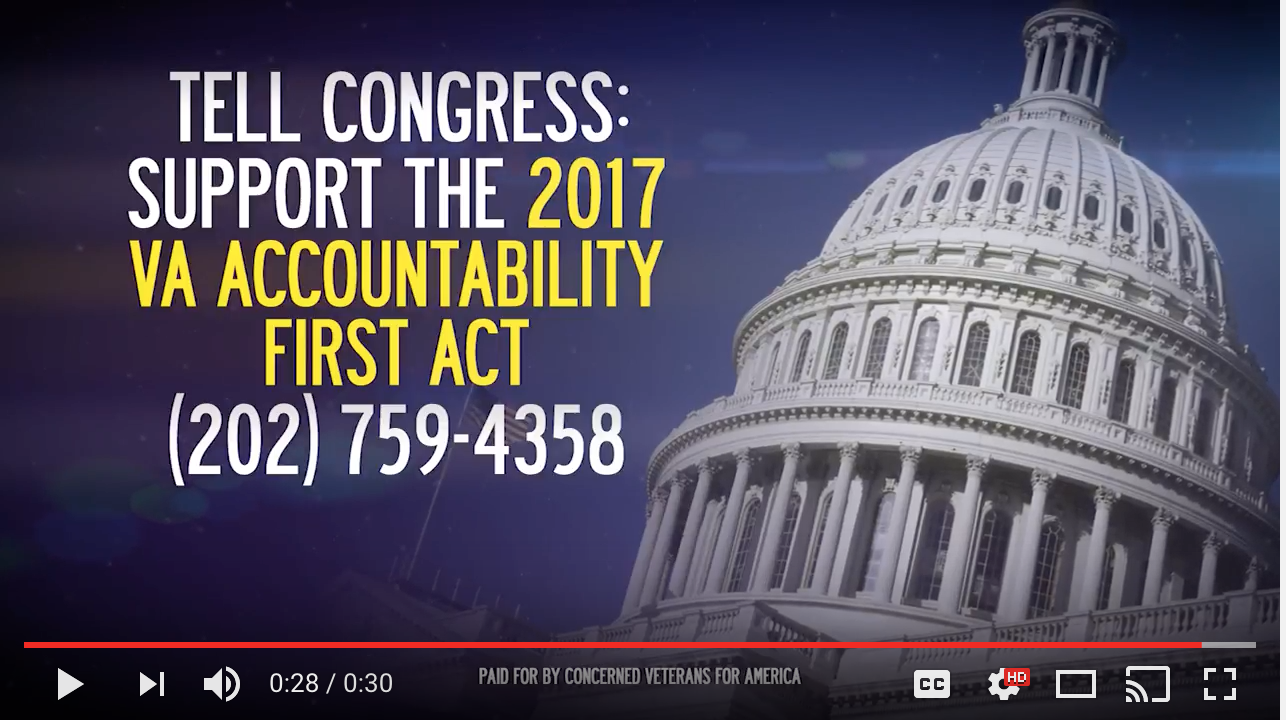 National CVA web ad asking concerned citizens to contact their representative in support of the VA Accountability First Act of 2017.

Targeted representatives include members like Rep. Ann Kuster (D-NH), Rep. Scott Peters (D-CA), and Rep. Tim Walz (D-MN), who serve on the House Veterans Affairs Committee, as well as members such as Rep. Krysten Sinema (D-AZ), Rep. Tulsi Gabbard (D-HI), and Rep. Ami Bera (D-CA), who voted in support of similar accountability measures in the past.

CVA is also launching a digital tool which allows constituents to contact their elected officials via email, Twitter, Facebook, and patch-thru phone calls in support of the VA Accountability First Act of 2017.

“It has been nearly three years since the VA wait list scandal began, and to this day, reports are still emerging about VA employees purposefully manipulating scheduling data at facilities across the country. It is unacceptable that there is still such a lack of accountability within the VA, and Congress needs to take immediate action to prevent bad employees from further putting the lives of veterans at risk. The VA Accountability First Act of 2017 would make it easier to fire employees who engage in misconduct and give the new VA Secretary the tools he needs to improve the troubled department. Veterans deserve the highest standard of care possible, and right now, our government is failing them. We urge members of Congress to pass this critical bill through the House without delay.”