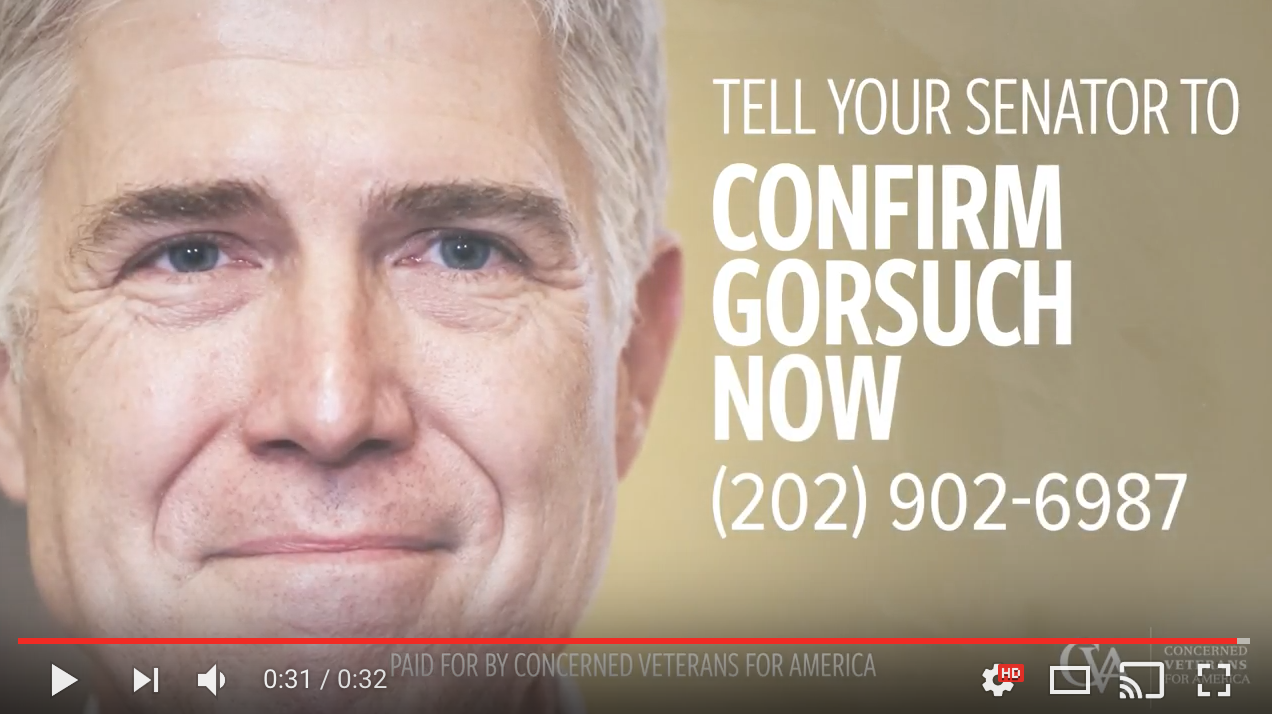 Each of the web ads urges the viewers to contact their Senator using a CVA switchboard and ask him or her to support Judge Neil Gorsuch.

“American veterans dedicated our lives to defending the Constitution, and we’re confident that Judge Neil Gorsuch will do the same from the Supreme Court bench. Gorsuch’s opinions are drawn from the text of the law, not a political agenda, which is why we can trust that he will secure the freedoms we fought to protect. Throughout this nomination process, Americans from both sides of the aisle and all walks of life have stepped forward in support of Gorsuch – now it’s time for all members of the Senate to follow suit. CVA activists are committed to letting their elected officials know that confirming Gorsuch is the responsible thing to do, and that Senators will have their constituents to answer to if they fail to adhere to the will of the people.”

Already, CVA activists have made hundreds of thousands of calls to citizens in eleven targeted states asking them to contact their Senators in support of Gorsuch. CVA also launched targeted a direct mail campaign in support of Gorsuch and is promoting a digital tool which allows constituents to contact their Senators via email, Facebook, Twitter, and phone. Last week, the group concluded a “Future of the Courts” tele-town hall series featuring Senators Cruz (R-TX), Sasse (R-NE), Lee (R-UT), and Ernst (R-IA) in which CVA activists participated in an active discussion around Gorsuch’s nomination.