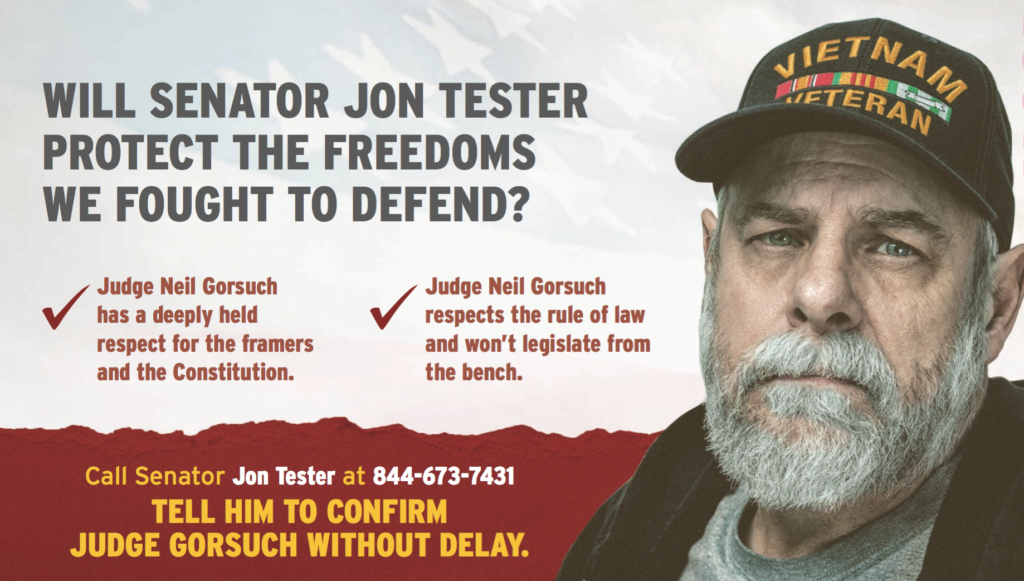 Each piece of mail directs citizens to call a CVA switchboard where they are informed about Neil Gorsuch’s record and then patched through to his or her Senator. 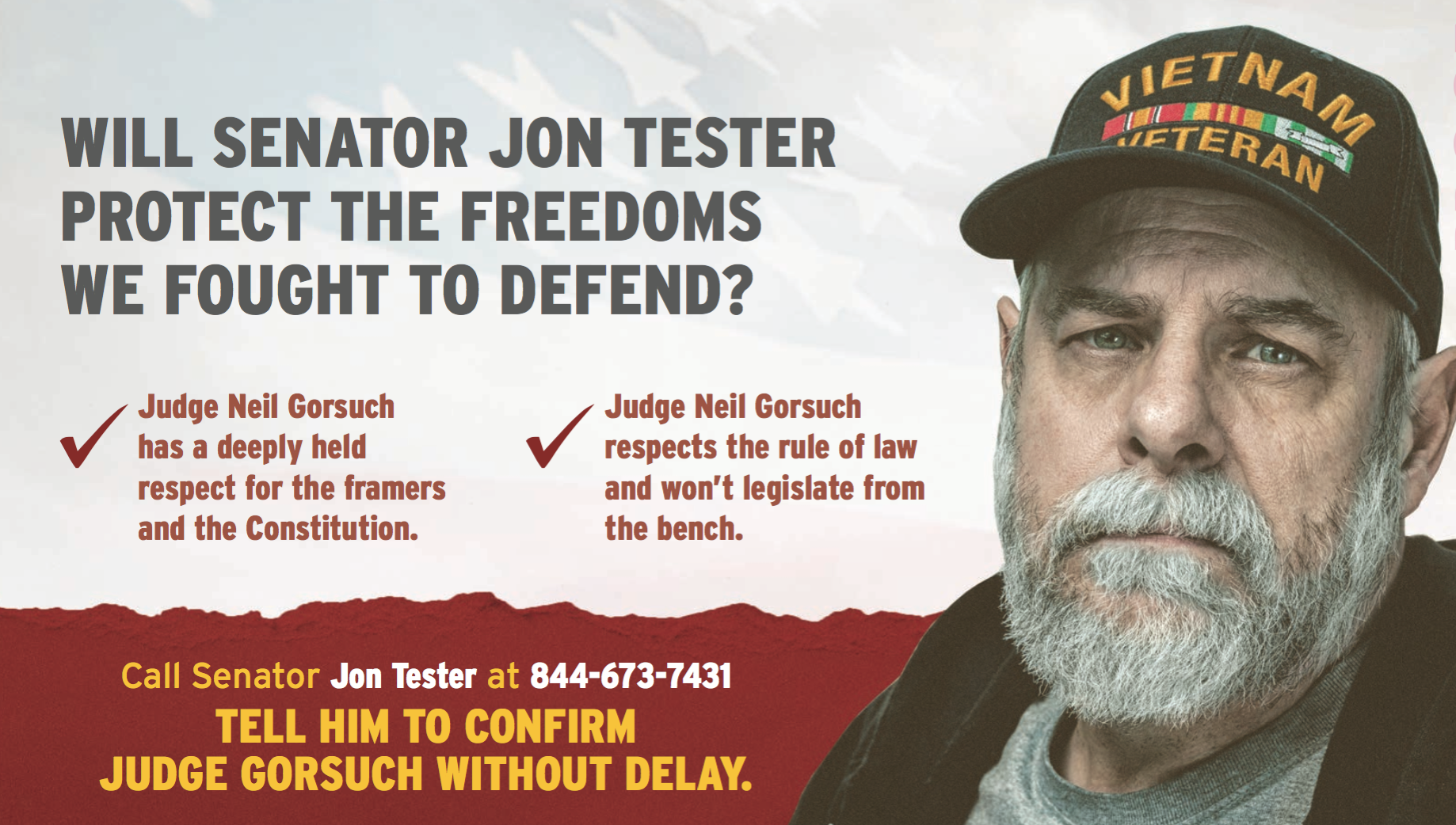 “Judge Neil Gorsuch had unanimous support for his Circuit Court confirmation in 2006, and today, former clerks and policy makers on both sides of the aisle have stepped forward in his support. Gorsuch is qualified and experienced, and his opinions make clear that he will respect the rule of law as it is written. There is no legitimate reason for any member of the Senate to delay Gorsuch’s confirmation process.

“The veteran community is deeply invested in ensuring that the next Supreme Court justice will respect the Constitution they fought and sacrificed to defend. CVA will continue mobilizing our activists to push their Senators to support Neil Gorsuch until the moment he is confirmed to the bench.”