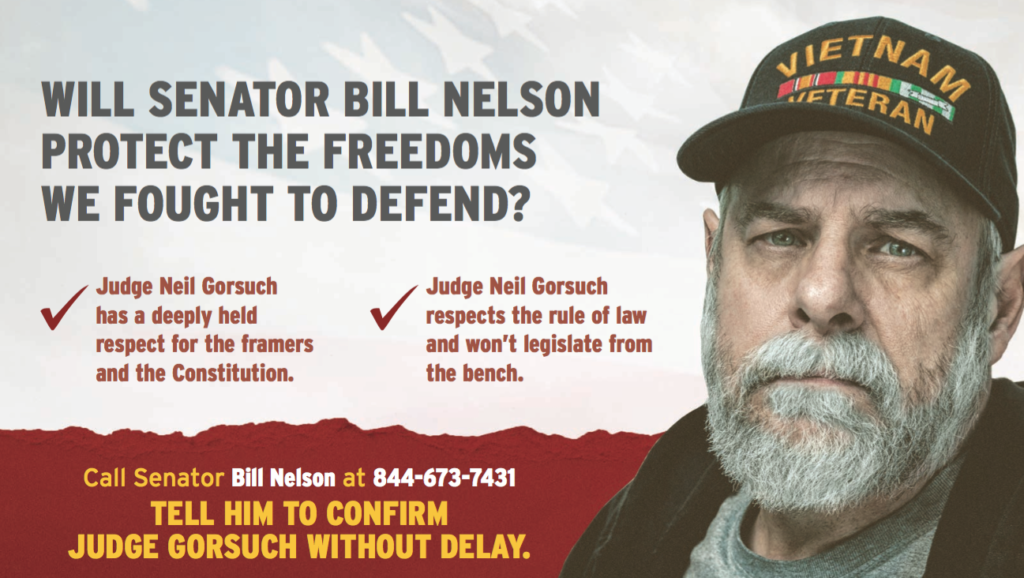 Each piece of mail directs citizens to call a CVA switchboard where they are informed about Neil Gorsuch’s record and then patched through to Senator Nelson’s office. The group will also drop mail in targeted markets throughout Indiana, North Dakota, West Virginia, Missouri, Colorado, and Montana. 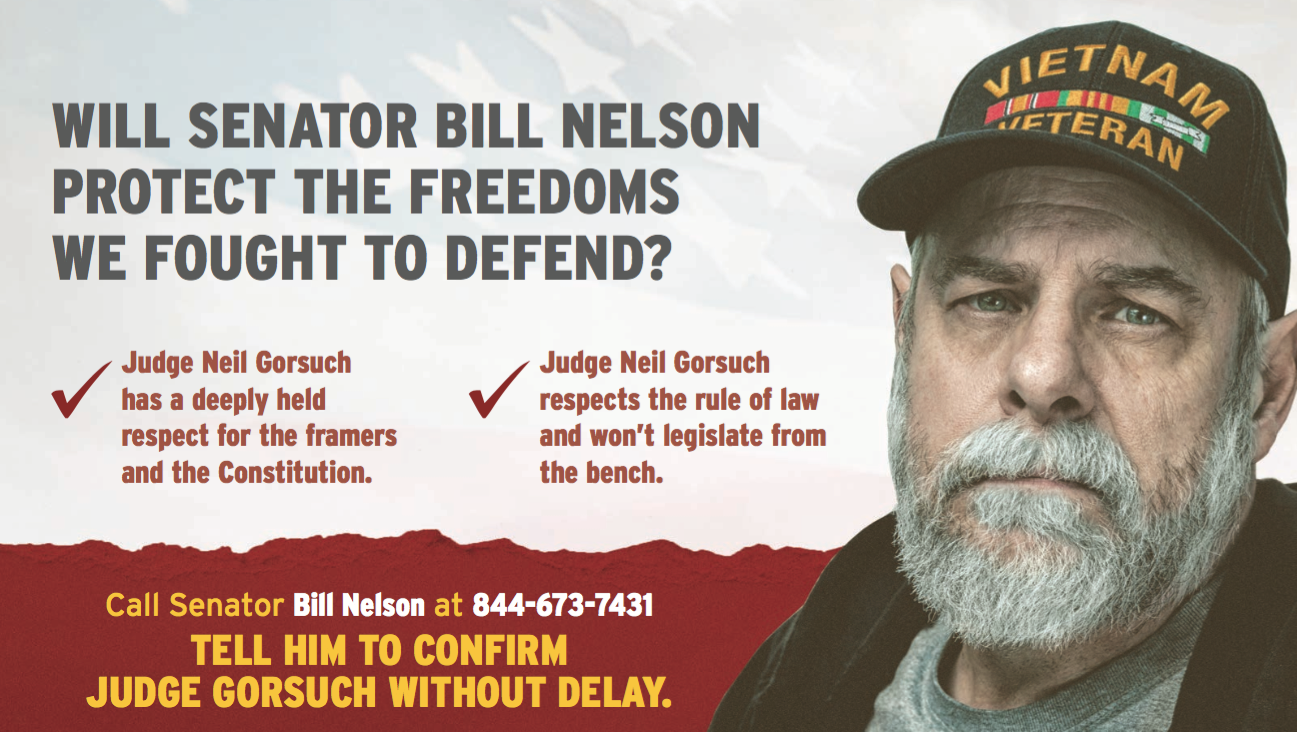 “Judge Gorsuch is fair, qualified, and experienced, which is why Senator Nelson supported him in 2006. There is no legitimate reason for Senator Nelson to delay Gorsuch’s Supreme Court confirmation process – this should be an easy decision.

“The Florida veteran community is deeply invested in ensuring that the next Supreme Court justice will respect the Constitution they fought and sacrificed to defend. CVA will continue mobilizing our activists to push Senator Nelson to support Neil Gorsuch until the moment Gorsuch is confirmed to the bench.”